I was sent a packet of “2000 Flushes Blue Plus Bleach” to try out. As a busy mom, anything that makes cleaning easier is a positive. This packet comes with two tablets that you place in your toilet’s water tank. The tablets release into your toilet bowl water and work up to 2,000 flushes, killing 99.9 percent of bacteria in your toilet bowl.

I’ve been using the same tablets of 2000 Flushes for about four weeks. Here’s a photo I took yesterday of my toilet bowl and water. As you can see, the water is still blue, but light: 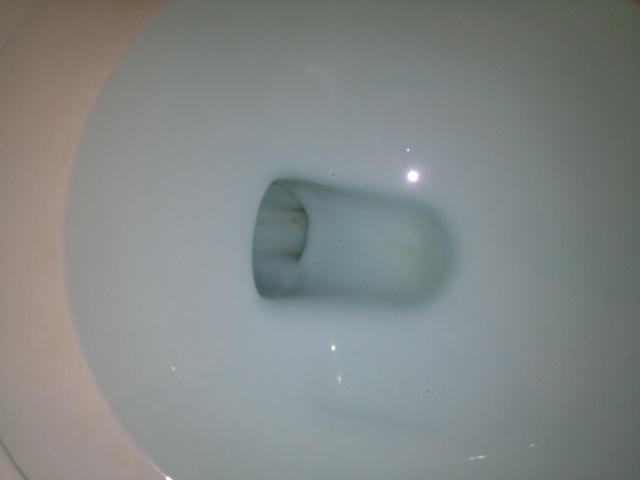 Not bad for a toilet that hasn’t been scrubbed in a month. There’s a little bit of brown near the drain. Also, the underside of the toilet’s rim has brown spots, but I’m not going to post a photo of that because it’s gross! My belief is that the 2000 Flushes product works to sanitize and clean the areas that stay consistently covered water. Higher up in the bowl -the parts that only get water when you’re flushing- those don’t get cleaned as much by 2000 Flushes. So overall, I found that 2000 Flushes does help, but you can’t completely skip the toilet brush.

Look for 2000 Flushes products at stores like Ace Hardware, Amazon, and Soap.com.

Note: I received a complimentary pack of 2000 Flushes Blue Plus Bleach but was not otherwise compensated for this post.