Warning: Use of undefined constant í128Mí - assumed 'í128Mí' (this will throw an Error in a future version of PHP) in /homepages/44/d160651214/htdocs/aworkinprogress/wp-config.php on line 91
 Book Review of "Butterfly Stitching" by Sherman Kruse

I’ve been interested in Iran and its¬†women since I was a little girl. You see, my mother was an exchange student there, before the Islamic Revolution of 1979 when the last Shah left for exile. I grew up with Persian art¬†on our walls and Iranian biographies on our bookshelves. So I was excited to receive the book Butterfly Stitching by Shermin Nahid Kruse to review and will pass it on to my mother now that I’ve finished it.

The author, Shermin Kruse, has been writing since she was a little girl in Iran. She’s a practicing attorney in Chicago, and,¬†frankly, I’m impressed by her first novel. [Side note- Kruse is an intellectual property attorney, like my mom, who’s finishing up HER first novel! Interesting coincidence…Must be something in that Midwest water ūüėČ¬†]

The book tells the story of Sahar and her mother Samira. Although it’s a work of fiction, it’s “inspired by the true stories of Iranian women.” The prologue is set 2009 ¬†in the US and opens with Sahar and Samira. Part One then flashes back to 1988 and the events in Iran that led them to the States.

It’s the end of the Iran-Iraq War (1980-1988), and Iran’s Morality Police beat people in the streets for wearing Western clothing and dancing. Public executions are not uncommon, and women must cover their hair and most of their body or risk beatings, imprisonment, or even death.

Samira is an artist, married to a poet. Because of the strict religious regime, their work is heavily censored, and they must keep their thoughts and actions guarded. Outwardly, they obey the laws and teach their children to do the same. But inside their little apartment, they sing, dance, and talk about the life they used to have…to an extent. Part One is told through little Sarah’s eyes. She’s 10 years old, and it becomes quickly apparent that her parents have secrets about the past.

Part Two is Samira’s story. It flashes back to her youth¬†and her life before to the revolution. As a young, poor village girl, she was married to a wealthy but controlling man who already had one wife. Eventually the first wife’s brother comes to visit. His name is Armin, and they soon find themselves falling in love.

The third and final part of the story covers the family’s escape and journey to the US after Armin is killed. The epilogue is set in present day, 2014. At the very end, Sahar finds out a secret, the last puzzle piece of her family’s mysterious past in Iran.

I found the book fascinating and extremely well written. The prologue hooked me by alluding that their family had been destroyed in some way. I wanted to keep reading to find out how it happened.

If you enjoy books like A Thousand Splendid Suns and Memoirs of a Geisha, then you will like Butterfly Stitching. I highly recommend reading this book! You can find Butterfly Stitching on Amazon. Both a paperback and a Kindle edition are available.

I received one or more of the products mentioned above for free using Tomoson.com. Regardless, I only recommend products or services I use personally and believe will be good for my readers. 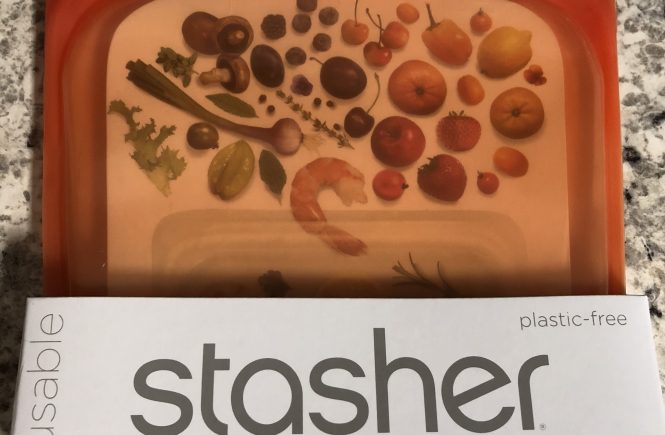