Whole Chicken in a Crock-Pot

I recently came across another blog that showed how to cook a whole chicken in a slow cooker. Genius! I said. I really don’t know why I never thought about it before. I use my Crock-Pot all the time, and I also will throw chicken bones with some water in it just to make stock. Seems like I would’ve thought of this. Hmmm.

Basically, you put a whole chicken in a slow cooker with some spices for 6 hours (approximately) on low, and that’s it. 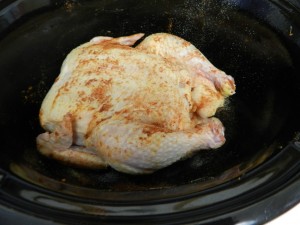 The first thing I did was remove the bag of chicken innards from inside the chicken. I put them in the freezer until I have a chance to make stuffing. Then I gave the chicken a good rinse before placing in the slow cooker. I sprinkled garlic powder and paprika on both sides of the chicken, put the lid on, and set the cooker on low. Then left it to cook for five-seven hours.

I checked the chicken at six hours, and it was cooked through, so I turned the cooker off. I sliced off both breasts, and they became dinner for hubby and I. After the rest of the chicken had cooled, I pulled it out of the cooker and tore off the meat. The chicken was so moist, that the pieces almost fell apart in my hands! 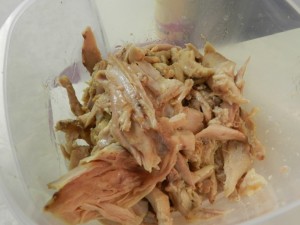 I put the chicken meat in the freezer for a future meal. I think they’ll go great on a chicken salad sandwich!

The bones then went back into the cooker and the juices at the bottom. 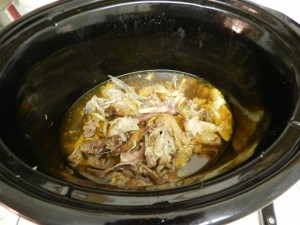 I added eight cups of water to make some homemade stock. But, I would recommend only using four-five cups of water. I really, really water down chicken stock/broth, because I find it much too salty. I also tossed in some Â almost-overripe celery and carrots that I had in the fridge. 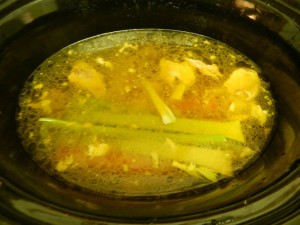 The image looks a little yellow from poor lighting, unfortunately. I let the stock simmer overnight on low. The next morning I drained the veggies and bones out, and poured the stock in a jar. After a day in the fridge, a layer of fat will form on top of the stock. You can spoon it right off. It can be saved to use in other dishes.

Have you tried this before? What seasonings did you use? 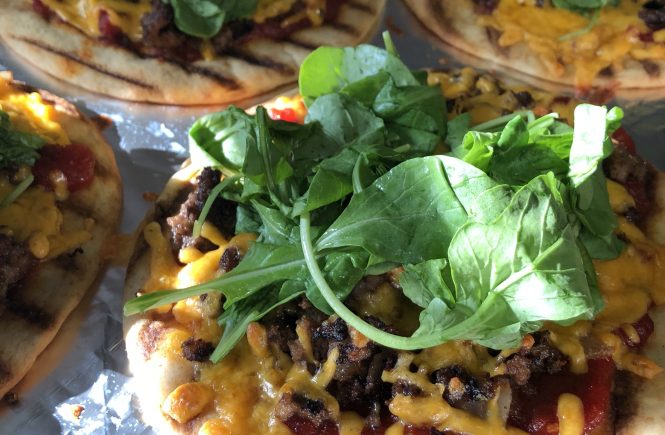 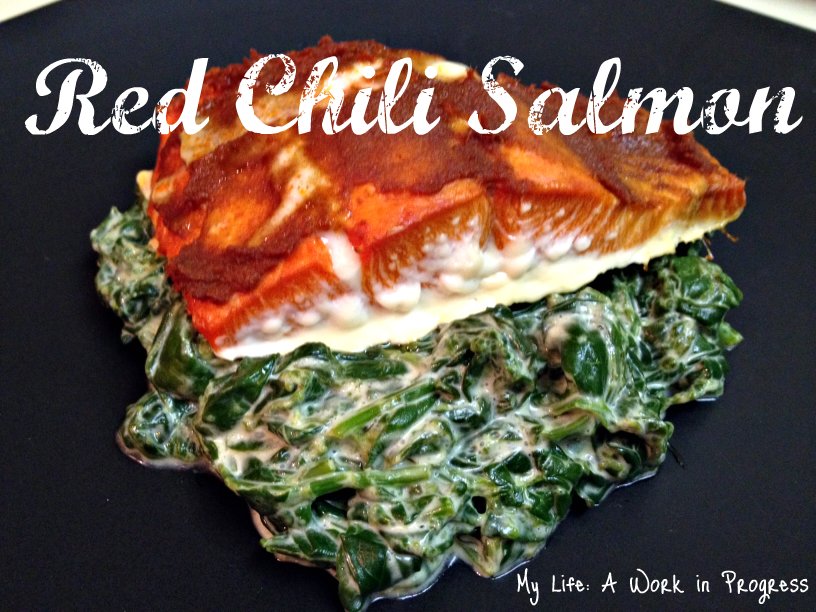 Red chili salmon on a bed of coconut creamed spinach