Recently I asked my readers on Facebook what their favorite one-dish meals were. I love one-dish meals, because I generally find them less-complicated to make (I’m not a great cook). You can often throw the ingredients together and then leave the dish alone to cook. They’re also a great way to get your veggies in without eating salad (I really don’t like salad…I’ve eaten too many while “dieting”).

I have my friend Joy to thank for this recipe! This recipe is simple and very customizable, so you can fit it to your family’s taste.

Since it’s just Hubby and I, I used just three boneless, skinless chicken breasts, chopped up. I also used a low sodium soy sauce. Since snow peas were expensive (almost $4 for a small bag) at our grocery store, I skipped those, but I did add in some of those little mini corns. I’m also curious how this dish would taste with regular pancake syrup instead of maple syrup, since maple syrup is expensive. I may try it sometime with honey too. I’m always looking for ways to make meals more inexpensive and healthier!

Brown the chicken pieces in a little bit of olive oil in a large wok or skillet. When the chicken is mostly cooked, add in the chopped veggies. The water chestnuts I bought were whole, but I sliced them in half before adding to the skillet. Saute the veggies and chicken until tender/crisp. At this point, you may want to add some salt and pepper. 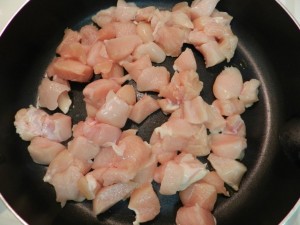 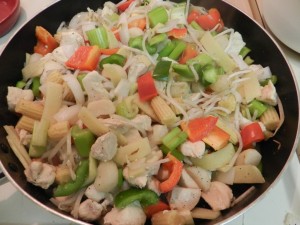 Then add in 1/2 cup of maple syrup, 1 cup of drained pineapple chunks, and about 1/3 cup of soy sauce. I actually mixed these together in a separate bowl and then poured it into the pan. Simmer. 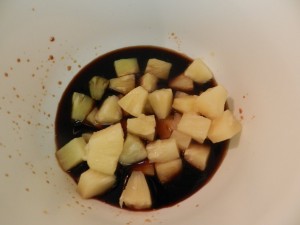 In a separate bowl, mix together 3 tbsp. of flour and 1/4 cup of water. If you have pineapple juice left, you can use that instead of water. Mix the flour and water/juice together until smooth, and then add to the pan.

Stir your dish until it thickens. I think I could’ve added more flour to it, since it was a little runny, but I don’t think it affected the taste at all. 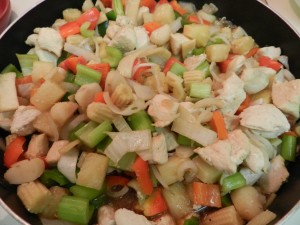 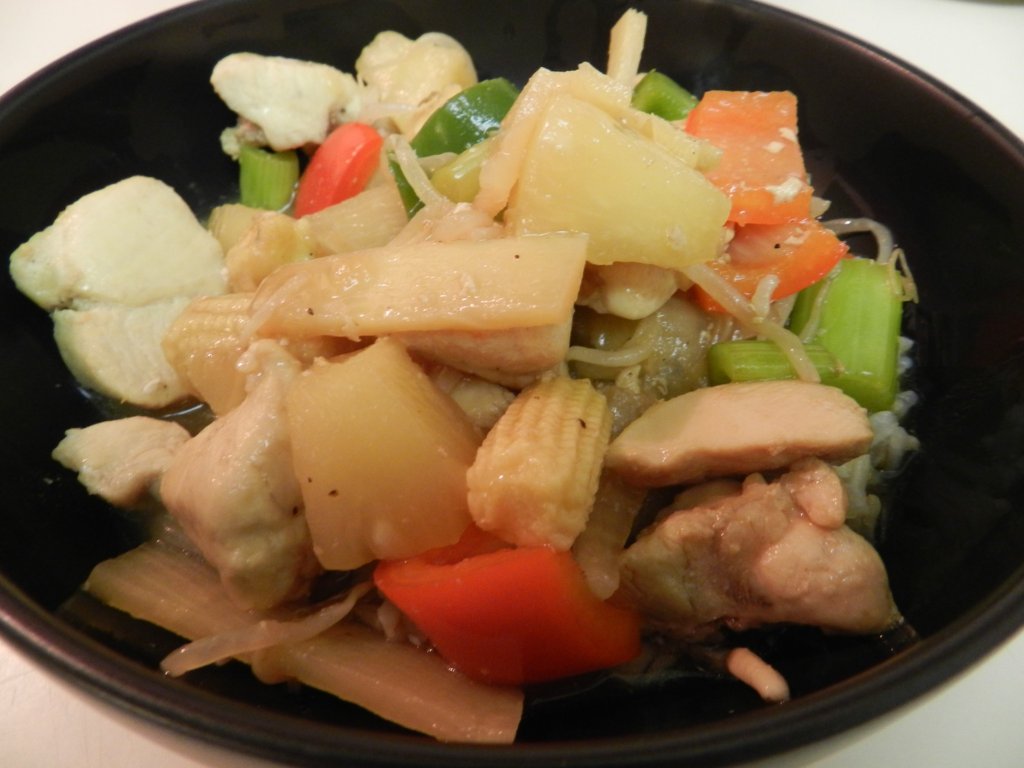 I almost always use brown rice instead of white, and I like to use my rice cooker…but I don’t always think about it enough ahead of time to get the rice into the cooker three hours before dinner! I try to have instant brown rice on hand for the days that I forget.

Hubby loved this, by the way, so I’ll definitely be making it again. There’s plenty for leftovers too!

Well, there you have it! Simple, customizable, inexpensive, and chock full of veggies!

What are some of your favorite one-dish meals? What should I try next?

How to dry chilies in the oven

A cool day at the Virginia Beach Farmers Market