Warning: Use of undefined constant í128Mí - assumed 'í128Mí' (this will throw an Error in a future version of PHP) in /homepages/44/d160651214/htdocs/aworkinprogress/wp-config.php on line 91
 Clint Morey: The Harvest- My Life: A Work in Progress 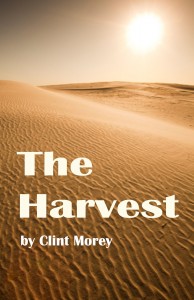 The first in a series of four, The Harvest¬Ýis about the perhaps not so distant future when “mutants” are bred for organ transplants. Mutants from one of these facilities escape and begin killing the humans “they were designed to save.”¬Ý

I’ve been an avid reader since I was a little girl, but my tastes have changed over the years. You’d think as an English teacher, I’d want to spend my precious few reading moments on classical literature, but actually…I love to be entertained!¬ÝThe Harvest¬Ýwas a fast, enjoyable read. I didn’t want to put it down and ended up finishing it in about 3 sittings. I would have read the entire thing in 1, but my iPad died at one point, and I have a baby that constantly needs my attention, so… üôÇ

The Harvest¬Ýreally made me think. Initially, I sided with the mutants and thought the humans were murdering human beings with souls (the mutants). Then the mutants started killing, and not just in defense. They wanted to kill everyone in revenge. So I started to view the mutants as the “bad guys.” At the very end of the book though, it comes full circle. So who were the “good guys” and who were the “bad guys”? Well, except for the three main characters, the lines weren’t clear, and I think that’s the point. Moral dilemmas aren’t usually black and white, and too often both parties are guilty of something.