Warning: Use of undefined constant í128Mí - assumed 'í128Mí' (this will throw an Error in a future version of PHP) in /homepages/44/d160651214/htdocs/aworkinprogress/wp-config.php on line 91
 photography Archives - My Life: A Work in Progress

My co-writer, Ruth, just returned from a trip to Paris, so I’ve asked her to¬Ýshare her experiences and some photos. All pictures are from Ruth’s most recent trip in September and were taken by her or her sister. Enjoy! -Elisebet

From Ruth: My first visit to Paris was in‚Äîwell, I won‚Äôt tell you how many years it‚Äôs been, but I was just a teenager. I was on my way back to the USA from Iran where I was an exchange student. Iran was an incredible experience, but Paris was different. Paris was enchantment.

In that brief one-day stopover, I viewed the City of Light at night from the Eiffel Tower. I walked the banks of the Seine, browsing through the green bookseller stalls as others had before me for more than¬Ýthree hundred years. I took my first-ever subway ride on the world‚Äôs second-oldest underground and walked in neighborhoods that Napoleon frequented. I was fascinated by everything around me, but my time was short. I promised to return someday. Twenty years later I did.

This time I visited the major sites that I had missed before‚ÄîNotre Dame, the Louvre, Arc de Triomphe. I found the history interesting, but enchantment?¬Ý Well, I was older now; I had lived in Europe. Romance was gone; rudeness of French ‚Äúofficials‚Äù was present, and though locals tried to be helpful, communication was definitely an issue. European tourists might be sought after, but better to have a Canadian flag on your backpack if you hailed from North America.

Fast-forward another twenty years to September 2014. Two grandmas are in Paris for the week.¬Ý (Yes, my wonderful sister asked me to accompany her on a trip for two to Paris that she won in an online contest.) Impressions? Paris was both the same and different. What was the same? The history‚Äîthe opulence and extravagant lifestyle of Louis XIV at Versailles, as well as the decadence and spiritual impoverishment of his reign. Napoleon‚Äôs remodeled Parisian neighborhoods with stone buildings rising up from streets of bricks and cobblestones were also the same. The underground, albeit with some new paint and plastic barriers, still carries millions (yes, millions) of travelers daily on the same routes under the same Parisian streets. And tourist sites?¬Ý They haven‚Äôt changed. 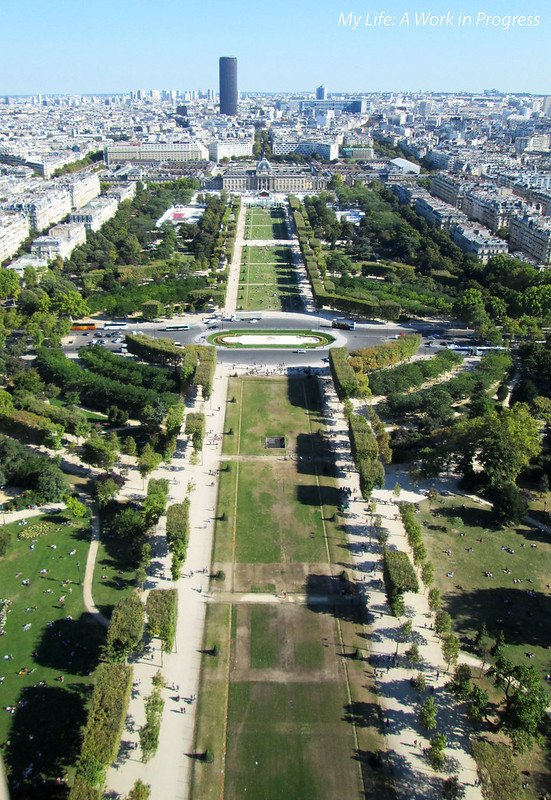 The Louvre Palace still houses more ancient artifacts, paintings, and relics than one could see in a lifetime of visits. The Eiffel Tower has always offered the best view of the city at night, and kiosks are still rented on the Seine River bank to booksellers (though other items‚Äîto the horror of purists‚Äîare also now sold amongst the tomes). 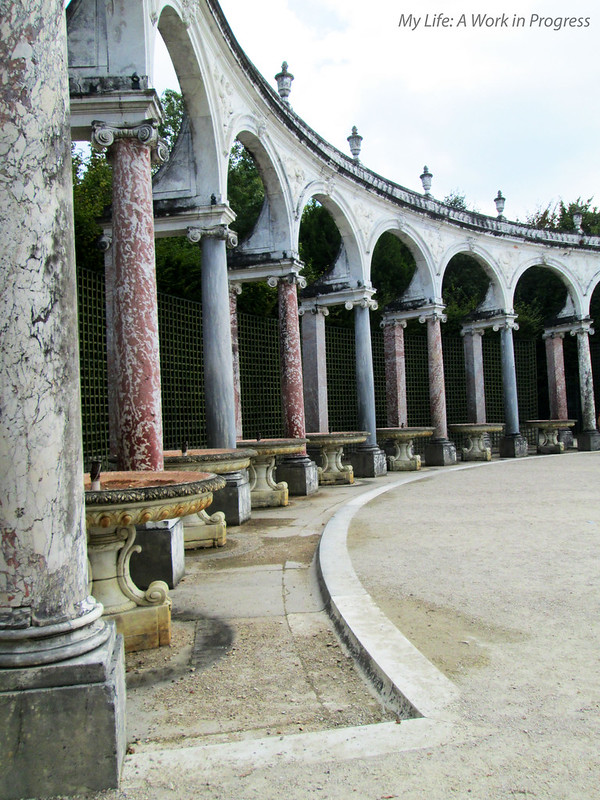 The food of France?¬Ý Fresh crescents or baguettes can still be purchased for a lunch on a park bench, and the people of France?¬Ý They‚Äôre still helpful when needed‚Äîpedestrians stopping traffic to assist an ambulance through the crowded streets; a French shopkeeper showing the way to the nearest underground to two confused tourists (me & my sister); a man with a saxophone first shouting helpful directions to all at the station waiting for Versailles transport and then serenading us with a concert as we watched the outskirts of the city slide past from our train seats. But Paris was different, as well.

We were never far from a Starbucks (with French toast on the menu for breakfast) nor from a McDonalds (serving French macaroons along with hamburgers). H&M now stands shoulder-to-shoulder with Louis Vuitton and Mercedes-Benz on the Boulevard Champs-Elys√©es. An indoor mall with scores of high-end shops greets your entry to the Louvre, and teenage offspring of Middle Eastern immigrants may wait on you at the North American-style food court.

Those rude French officials? Apparently a thing of the past, and everyone under forty whom you encounter in a shop, on the metro, or in a museum speaks to you in English. ¬ÝThe traffic may still be horrendous, but motor bikes have replaced bicycles as scores of them line the sidewalks outside your motel. Pharmacies, marked with large florescent green crosses, are everywhere. (Apparently the French use them like walk-in clinics. Both my sister and I had occasion to use them, but that‚Äôs another story.) Yes, there were some minor snags ‚Äîa return ticket from Versailles was not accepted, requiring an hour wait in line; our hotel room was not ready in time; airport drivers showed up late; a suitcase was ripped, and Air France was on strike at Charles de Gaulle Airport, BUT it really didn‚Äôt matter.¬Ý It was still Paris. It was still interesting, and it was enchanting.

Have you been to Paris? If so, what did you like the most? 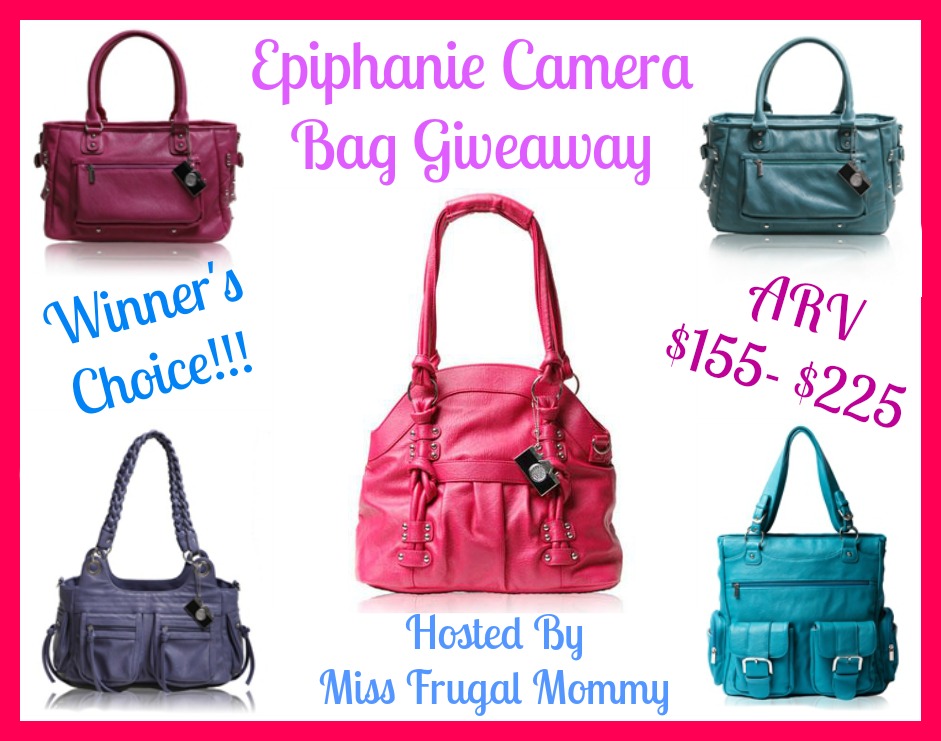 Welcome to the Epiphanie Bag Giveaway!

‚ÄúEpiphanie was started four years ago by professional photographer Maile (pronounced Mylie) Wilson. At the time, there were no cute camera bags for women. She hated lugging around a separate, bulky man-bag. So she‚Äôd end up leaving her camera at home or shoving it into her purse wrapped up in whatever was nearby; a towel, sock, sweatshirt. Obviously that isn‚Äôt the best way to protect expensive gear. When she realized that stylish camera bags for women didn‚Äôt exist, she decided to create her own line. And it was obvious that she wasn‚Äôt alone in a need for them. When Epiphanie launched in 2009, there were already almost 10,000 people on the waiting list, with all kinds of funny stories about the different things they used to wrap up their cameras: diapers, pot holders, even maxi pads! Four years later, the collection has expanded from three to twelve styles and over 60 different bags that accommodate cameras, laptops and even backpacks for men. And there‚Äôs lots more to come!‚Äú

You can read more about the Lola Camera Bag in Miss Frugal Mommy’s review!

Now for the exciting part! One lucky fan is going to win any in stock Epiphanie Bag of their choice (ARV $155-$225) This giveaway is open to US residents 18 and older. Enter to win in the Rafflecopter widget below, all entries will be verified, one entrant per household or you will immediately be disqualified. Winner will be contacted via email and has 48 hours to respond before a new winner is chosen. Good Luck!!!

Note: I was not compensated for this post, nor am I responsible for prize fulfillment. This giveaway is not associated with any social media platform, including Facebook and Twitter. For any questions regarding the giveaway, please contact MsFrugalMommy at hotmail dot com.

Although my Wordless Wednesday posts usually feature photos that I’ve taken, today I chose a photo that I did not. Please see caption for photo credit and additional information. This photo is in the public domain.