Warning: Use of undefined constant ĺ128Mĺ - assumed 'ĺ128Mĺ' (this will throw an Error in a future version of PHP) in /homepages/44/d160651214/htdocs/aworkinprogress/wp-config.php on line 91
 military Archives - My Life: A Work in Progress 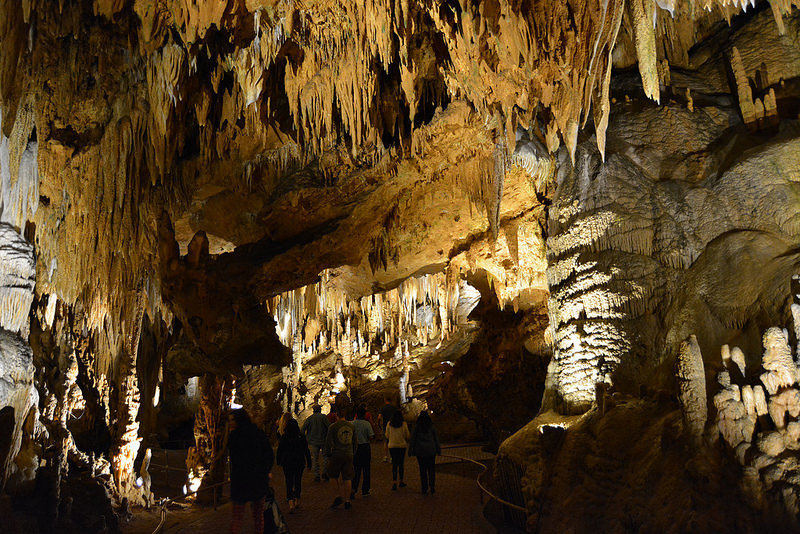 The Luray Caverns (near Luray, Virginia) were┬ádiscovered in 1878, and they are a Registered Natural┬áLandmark. The Friday before Labor Day, we visited the┬áLuray Caverns in Virginia. We attempted to go in 2015 (the same weekend), but the caverns were packed. That time, we drove by and saw the overflow parking lots were filled. So this year we went early and arrived right when the caverns were open. There was already a tour bus there, so we didn’t make it on the first tour, but we did make it on the second! The tours leave every 20 minutes, and each tour does have a guide. 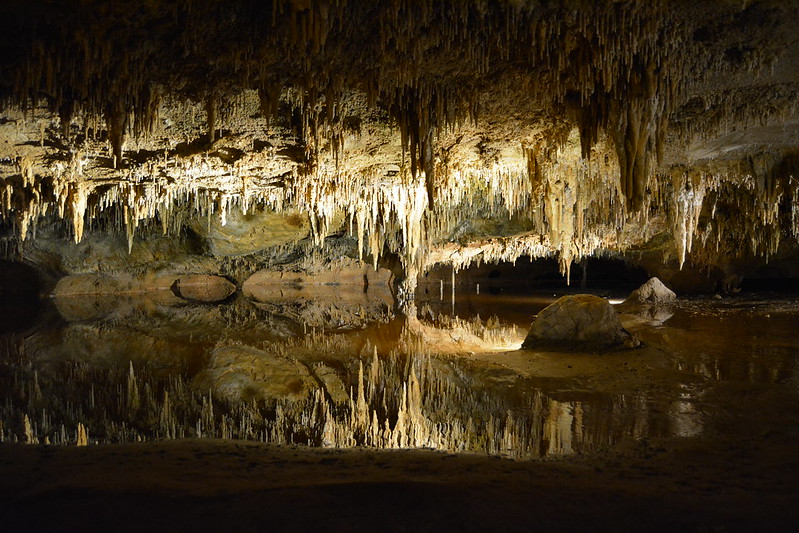 The walkways within the caverns are paved, which was a good thing! The tour is over a mile long (in a loop), so┬áwe brought the stroller. I figured Little J would be tired, bored and crabby after 30 minutes or so, and the tour takes about an hour. Parts of the walkway were still bumpy, and there are a lot of hills, but it really wasn’t too bad for the stroller. There are about 70 steps to get down into and then out of the caverns. We had to close up the stroller for that part and carry it. 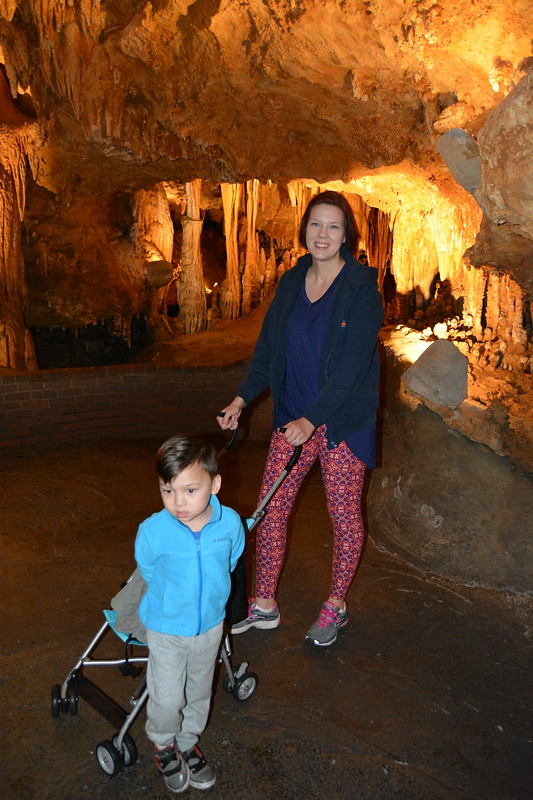 Tips:┬áDon’t touch anything!!!!! If you touch any of the stalactites or stalagmites, you will get yelled at. You can take as many as photos as you’d like, so that’s a plus! Also, it’s cold in the caverns, so bring a light jacket! And don’t leave your tour guide. They don’t like that.

Your ticket purchase also includes a┬áself-guided tour of the Car and Carriage Caravan museum, and the Luray Valley Museum. I actually really enjoyed the car museum. It had old Cadillacs, Benzs, Fords, and more. I love history, so it was neat to read the plaques and see the vehicles that other generations grew up with. 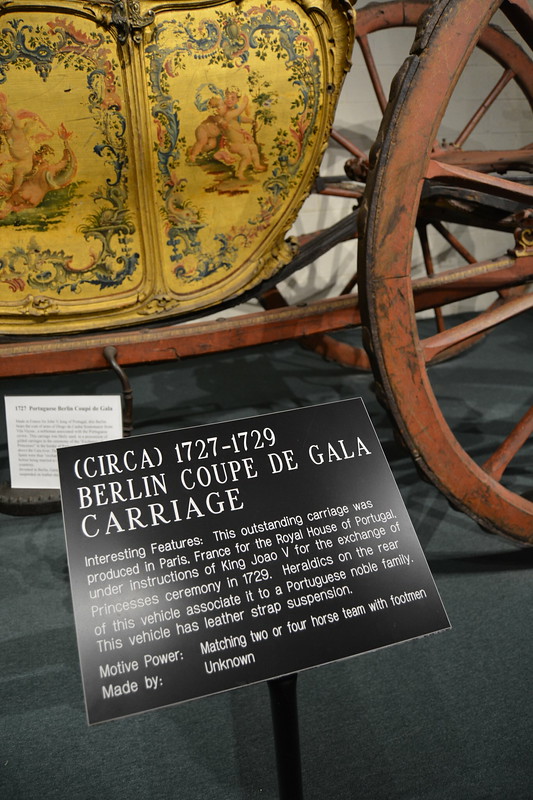 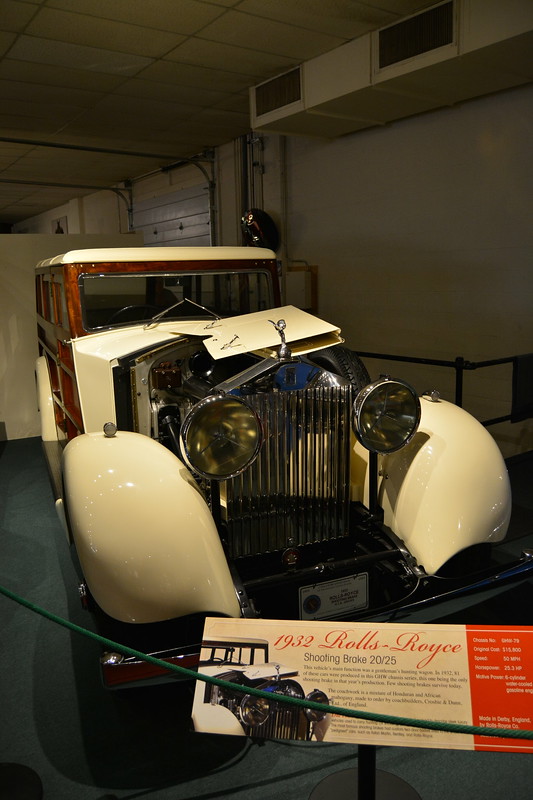 Note: I had issues with my site after publishing this post, so I recalled it, and I’m trying again!

Hubby, Little J and I recently had the chance to visit Montpelier Mansion in Laurel, Maryland, which is about 40 minutes south of Baltimore. If you’re ever up that way, this is an inexpensive, interesting National Historic Landmark to visit. I’m used to visiting historic mansions and houses where you get to see the downstairs and that’s about it. At Montpelier, you actually get to climb the stairs and go to the upper level! It sounds like such a little thing, but it was neat to see the majority of the house. Tickets are $5 for adults, and kids are free or $2 depending on the age. Montpelier Mansion is a Blue Star Museum, so it’s free for active-duty military, National Guard, and reservists and their family members between Memorial Day and Labor Day.

Montpelier Mansion was built between 1781 and 1785 by Maj. Thomas Snowden and his wife, Anne. Guests at the home included George Washington and Abigail Adams.

Upstairs, there’s a children’s room where almost everything is hands-on. They can try on clothes, write on chalk slates, and play with old-fashioned wooden toys. ┬á ┬á 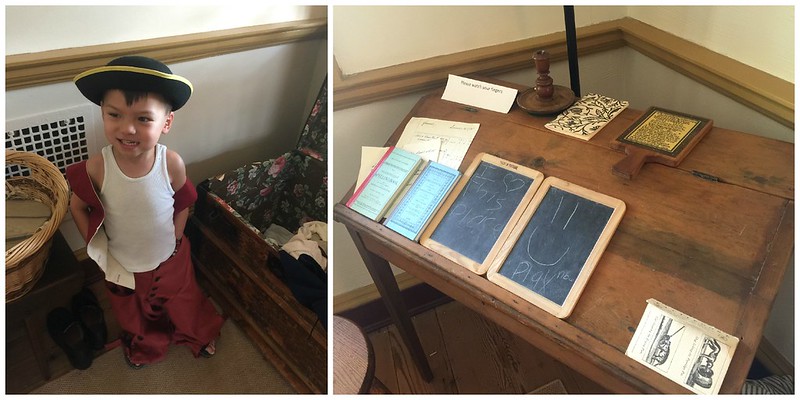 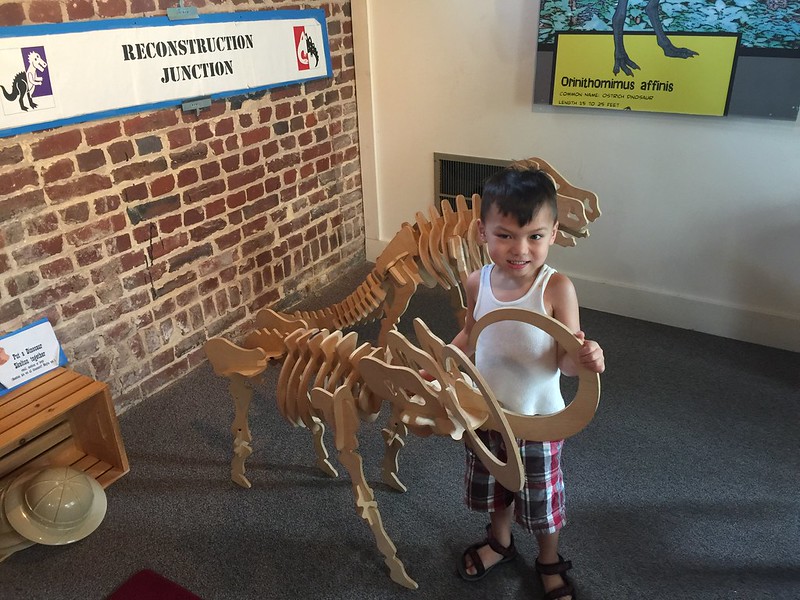 We had a fun time, and considering that most of the exhibits had A/C, it was a great place to explore in this summer heat! I recommend visiting Montpelier Mansion if you’re in the area.

What historic places have you visited this summer?

Although IÔÇÖve taken pretty much a hiatus from reviews this month, when I was asked to review Steel Will, I quickly┬ásaid ÔÇťyesÔÇŁ once┬áI realized what the book is about. The men and women of our armed forces are near and dear to my heart. IÔÇÖm an Afghanistan veteran and former Army-reservist. (My contract just ended last December.) My husband is active-duty Navy, and IÔÇÖm currently working for the Navy as a civilian.

When I deployed to Kandahar, my job as a photojournalist often took me ÔÇťoutside the wire,ÔÇŁ meaning outside the relatively-safe base and into the Afghan communities. Through all the convoys, helo flights, and foot patrols, God kept me safe. There were a couple of times I remember being truly terrified, but for the most part I always had a peace that I wasnÔÇÖt going to die or be badly hurt. Not everyone is so fortunate. And not all wounds are visible. 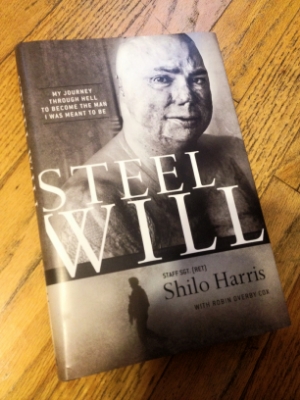 Steel Will is the story of Staff Sgt. (Ret.) Shilo Harris. The tagline is ÔÇťMy journey through hell to become the man I was meant to be.ÔÇŁ

Harris begins his book by telling about the fateful day in Iraq when his vehicle ran over an improvised explosive device (IED). I didnÔÇÖt think Harris by any means glorified the gore, but he was descriptive enough that I realized just how horrific his wounds were. I even thought, he shouldnÔÇÖt be alive.

Chapter two goes back to HarrisÔÇÖ childhood. He describes the events that led up to his enlistment into the Army after 9/11. His father had fought in Vietnam and came back a changed man, for the worse. And back then people didnÔÇÖt really understand post-traumatic stress disorder (PTSD) yet.┬áAlthough Harris grew up surrounded by family strife, drugs, and alcoholism, Harris was blessed to straighten out his life and meet Kathreyn, the woman who became his wife and was responsible for introducing him to the saving grace of Jesus.┬áIt’s obvious very quickly that Harris and Katheryn have a loving relationship, and that she’s a strong woman.

Harris’ book tells about many of the men he served with. The stories are both humorous and sad.┬áHe also brings to light some of the horrors of war as well as┬átragic circumstances many Iraqis faced daily.

About halfway through the book, Harris describes in greater detail the day of the ambush, as well as the IED blast itself. More than a third of his body was burned. He lost his ears and several fingers. Harris had a broken back and a fractured collarbone. When his wife Kathreyn arrived at the hospital in Germany, every part of his body except for his toes was┬ábandaged. Kathreyn was told Harris’ chances of survival were┬á2 percent. Harris and one other Soldier survived the explosion, but three men didn’t make it.

As Harris’ body healed, he struggled with understanding why God had spared him, and not his men. And then he was angry, angry that God had allowed this to happen to him and to his family.

Besides the men Harris served with, he describes the various wounded warriors he met while recovering. It’s incredible what these troops and their families have survived. One phrase stood out to me. Harris writes, “If you ever want to meet a hero, you need to meet my wife.” Their relationship is inspiring. In a day and age where many people focus on what makes themselves happy, Kathreyn┬áexhibited an unusual sacrificial love for her husband.

They did have obstacles to overcome, obviously. And it wasn’t just Shilo’s healing. Kathreyn had to protect and mother┬áShilo for months on end; she was his nurse for much of the time. So it was difficult for them to adjust their roles back to husband and wife, and lovers.

Over time, Harris became involved in different wounded warrior organizations and programs. He was able to travel around and serve as an encouragement to other warriors, newly wounded. He’s met presidents George W. Bush and Barack Obama. He and his family even participated in ABC’s Extreme Makeover: Home Edition.

I could not put this book down. There were multiple places in the book that had me choked┬áup: the stories of those that didn’t make it, the wounded warriors, the black outs and rages, traumatic brain injuries, the PTSD… These are things that many military families face on a daily basis. I’ve witnessed fellow Soldiers, who I believe suffer from PTSD, self-medicate with alcohol rather than talk about their experiences and feelings to a friend or professional. Harris openly discusses his experiences and journey of healing during a time when many still don’t speak about theirs and don’t ask for help. But they do need help.

The book ends with several pages devoted to the Soldiers who served with Staff Sgt. Shilo Harris and died that day, Feb. 19, 2007, in Iraq. And finally, Harris and his wife have included a comprehensive list of resources to help wounded warriors.

You can find out more info about Shilo Harris at his website www.shiloharris.com, as well as photos, videos, and more resources.

Note: I received a free copy of Steel Will to read and review. The opinions expressed are my own.