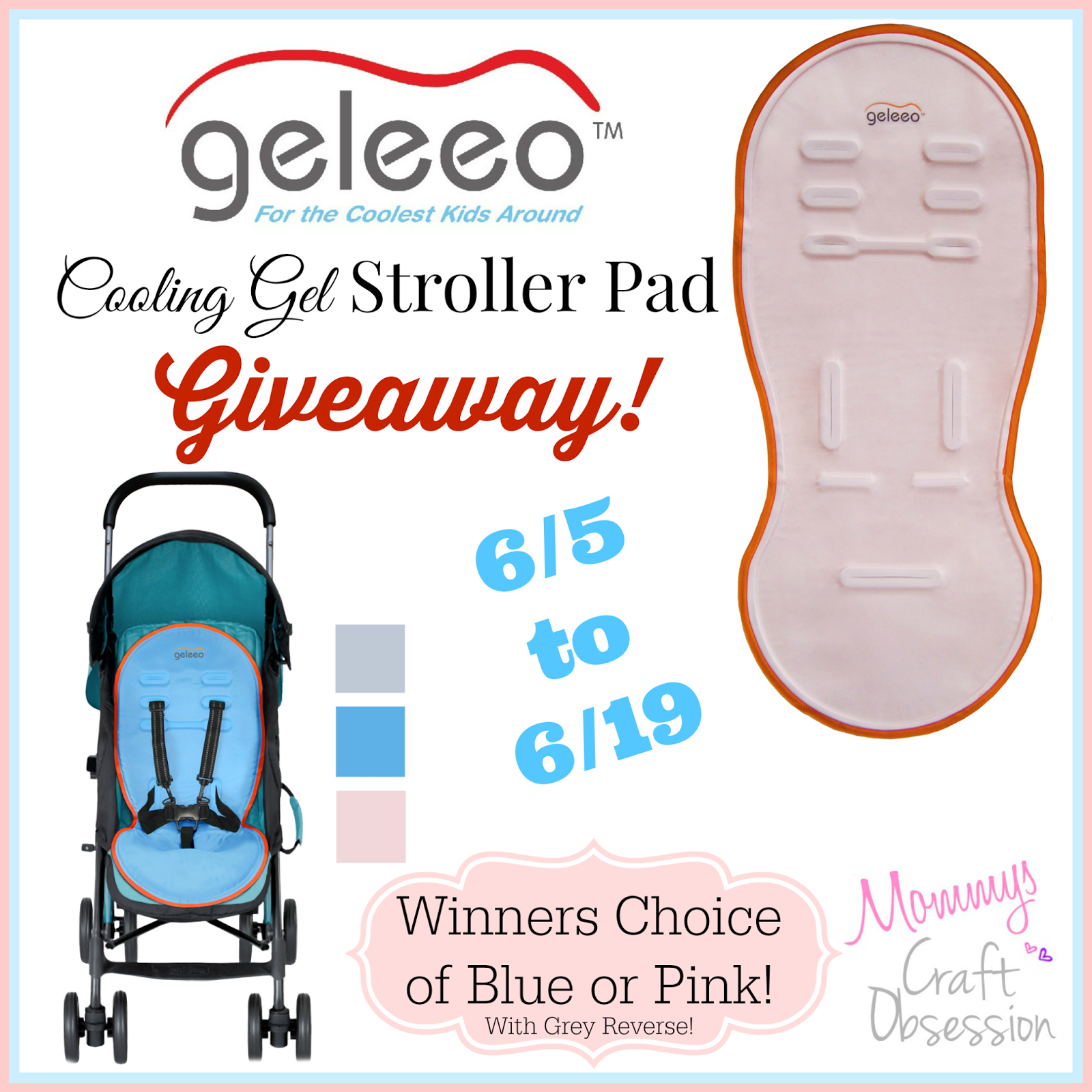 Geleeo was designed by a mom who was ready for her daughter to be cooler while in her stroller. Annoyed with the lack of cooling options available and the impracticality of ice pads in in her daughters stroller, she sought out to create a product that would be practical and convenient for moms on the go. After years of research, she discovered a proprietary cooling gel that required no refrigeration and she was determined to create a stroller pad that would keep her daughter, and children all over the world, cooler while in their strollers.

Geleeo is a ground breaking new product that has arrived just in time for summer! This revolutionary stroller pad keeps your child cooler without the need of refrigeration of the product thanks to a hydrogel inside the pad that stays cooler than its surrounding environment. Geleeo is a reusable pad that will keep your child cooler on a daily basis, so whether you’re out for your daily stroller, visiting the local zoo, or taking a family vacation, Geleeo will make sure your little one always has a cool body temperature while they’re in their stroller! To learn more about this innovative technology, head on over to the review at Mommys Craft Obsession!
Geleeo is designed to fit all toddler strollers and is available in two colors – blue and pink! Not a huge fan of blue or pink? No problem! Geleeo is also reversible to offer a light gray color as well! 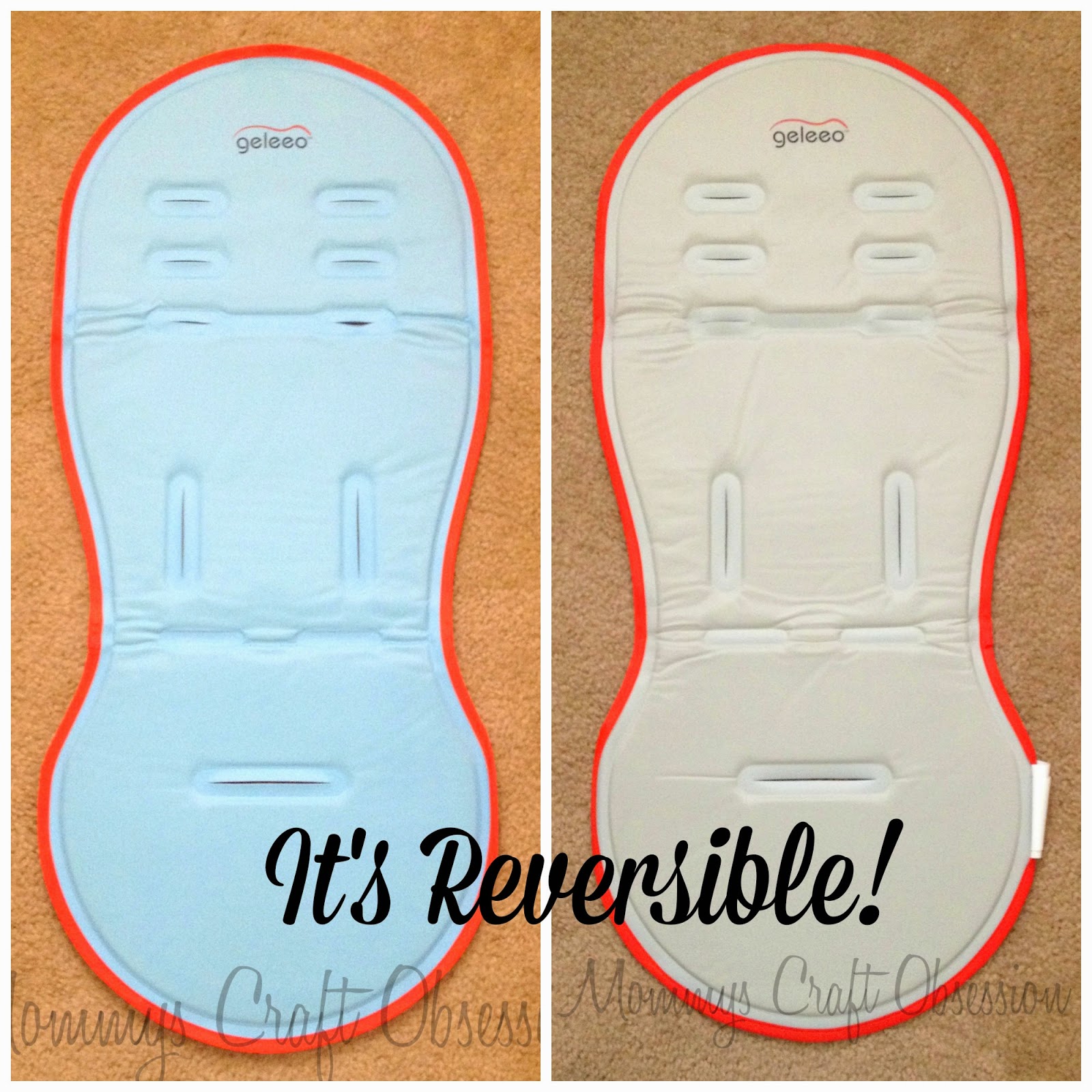 To see a full review of the PRODUCT,¬†use this link!¬† 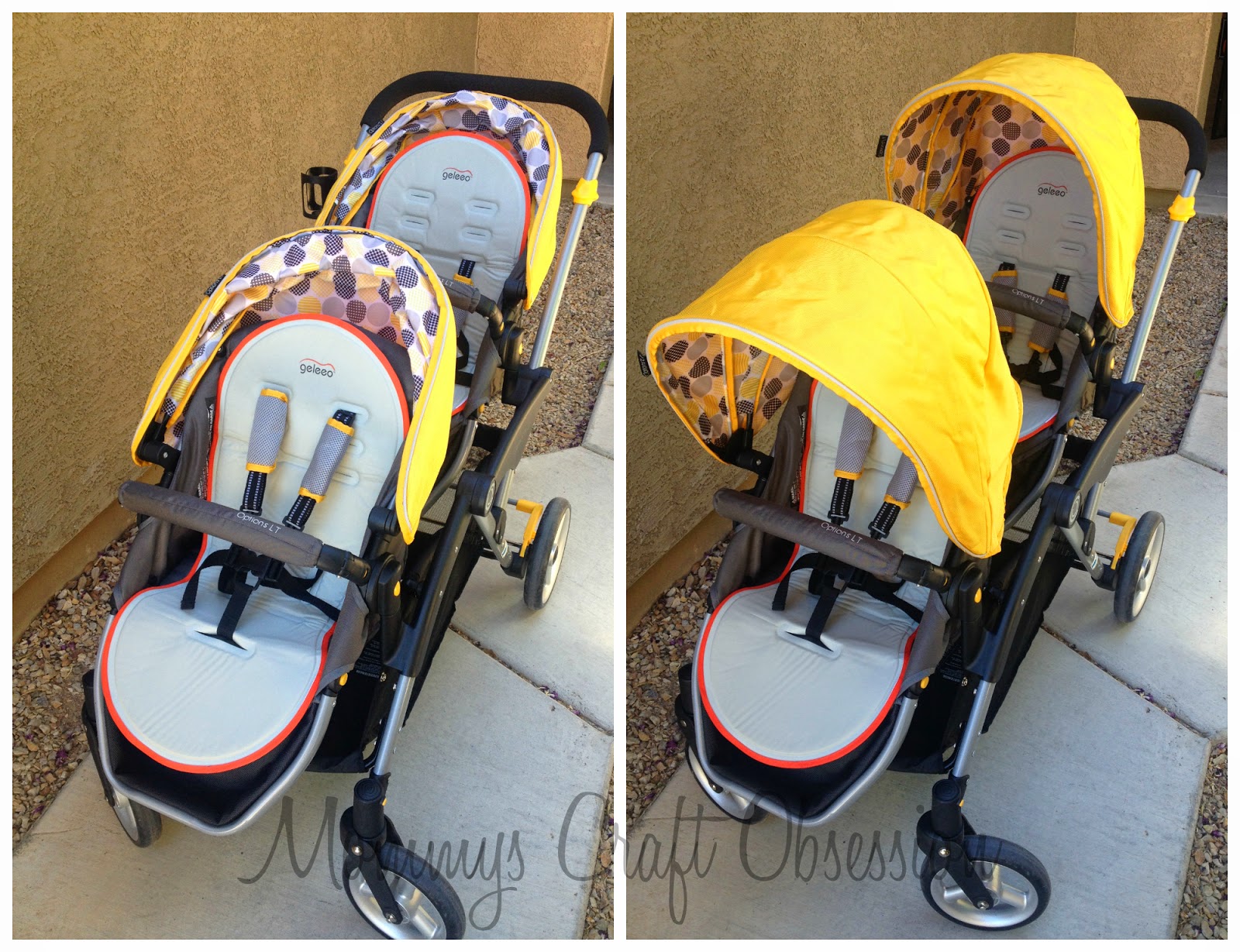 To Purchase: ¬†Geleeo is available in various retailers and online¬†retailers across the U.S. as well as in some worldwide countries. To get a full list of retailers, click here!

To Win: Geleeo and Mommys Craft Obsession have teamed up to give one lucky winner a Geleeo Cooling Gel Stroller Pad in their choice of color! Enter the giveaway form below for your chance to win!

Entry-Form
The Giveaway will close late on the evening of June 19th. The winner will be chosen at random through ¬†Giveaway Tools. The winner will be announced both on Giveaway Tools form as well as notified by email and announced on MCO‚Äôs Facebook. Winner must respond within 48 hours of receiving their winner’s email otherwise they will forfeit their prize and a new winner will be chosen. The winner will have their prize sent to them by Geleeo. Mommys Craft Obsession and other participating bloggers are not responsible for prize shipment. Must be 18 years and older. Facebook, Twitter, Pinterest, and Google are in no way affiliated with this giveaway. No Purchase Necessary. Void where prohibited by law. US Only. For any questions¬†contact Mommys Craft Obsession. Mommys Craft Obsession did receive compensation or product in exchange for the promotion of this event.¬†
My Life: A Work in Progress was not compensated for this post.
Continue Reading

Disclosure: I got this product as part of an advertorial.

Although these aren’t my first clogs, until now I haven’t had a quality pair. I was sent the Sandgrens Clog Sandal in their “Milan” style to review. The clog is available in more than 10 colors (including a gorgeous rose pattern), but I received them in red.

These clog sandals are made of Swedish Alder wood and vegetable leather. The shoes are fastened together with staples. I thought it might be uncomfortable walking on a wood base, but I’ve found these shoes surprisingly comfortable, even after several hours on my feet. Although I think higher heels are sexier, this low heel is more practical for running around after my toddler.

My right foot will start to feel a little stiff and sore after about an hour. (That’s my problem foot, and, unfortunately, it reacts that way in all of my shoes, except my runners.)

Although you could wear these clog sandals with summer dresses or jeans, I like to pair mine with capris or a short jean skirt.

Confession time. One of the reasons I love these clogs, is that the sandals hide my toes. I rarely have time for pedicures anymore! If, unlike me, you’d rather show off your well-groomed toes, Sandgrens does have several toe-baring styles, like the Caspian and Bali Mid.

The Sandgrens company has an interesting back story that you can read on their website. The Sandgrens brand was founded in the mid-1800s, and their clogs are still made in Sweden, using time-honored techniques.

Check out the different clog styles at Sandgrens. The Bali High and Maui are my favorite picks for this summer. What are yours?

I received one or more of the products mentioned above for free using Tomoson.com. Regardless, I only recommend products or services I use personally and believe will be good for my readers.

Sweetly Citron is a natural, DEET-free insect repellent made with¬†Lavender Oil, Lemon Essential Oil, Vanilla Extract, Citronella Oil, and Water. Sweetly Citron can be applied directly to skin and clothes every three to four hours to repel mosquitos, ticks, flies, and fleas. The lavender oil and vanilla extract have calming effects to help reduce your anxiety, and the repellent smells great too!

When the bottle of Sweetly Citron arrived in the mail, I was surprised at how large it was. The bottle’s also attractive- not necessary, I know, but I always appreciate aesthetically pleasing products. It also smells really, really yummy. The citronella smell is strong, but I can also smell the lavender quite well. It sprays on misty and dries quickly, without leaving behind a sticky residue.

The area of southern Virginia where we live is considered to be full of mosquitos in the summer, but I actually don’t think it’s that bad. I grew up in Northwestern Ontario, north of Minnesota. THAT was bad. One time a mosquito landed on the airfield, and they had 20 gallons of jet fuel in it before they realized it wasn’t a plane (bad joke, sorry). Moving on…we’ve been using this spray for about a week and a half here in Southern Virginia. I’ve been spraying myself and Baby J before we go to the park, and we haven’t had any bug bites. I’ve been purposely visiting different parks at different times of day, both shaded, sunny, near water, etc., just to do this review justice. We were at some friends’ house this past Friday night when I was bit by a mosquito soon after arriving. I sprayed Baby J and I down, and neither of us got any more bites for the rest of the night. My conclusion is the Sweetly Citron spray is effective at repelling insects in our area. I’d love to hear from some readers that have tried Sweetly Citron in other states. (See update below.)

One of the main ingredients of Sweetly Citron is¬†citronella. This oil and other essential oils have been found to prevent mosquito and tick bites, but with less effectiveness than DEET, and it needs to be applied more often.¬†The federal government still considers DEET to be the most effective mosquito/tick repellent and safe when used as directed, but controversy has surrounded DEET for decades. For more information, read this report on DEET-related “Health Effects in Humans,” written by the Agency for Toxic Substances and Disease Registry, an agency of the U.S. Department of Health and Human Services. The U.S. Environmental Protection Agency states there’s no age restriction for using DEET on children. However, the American Academy of Pediatrics does not recommend using DEET on children under two months of age and never use a repellent with more than 30 percent DEET on children of any age.

I can’t say this spray will completely repel every single mosquito and tick for every single person in every single area of the U.S. or Canada…but I can say it works for us, here in the urban Hampton Roads area.¬†If you’re looking for a natural insect repellent, the Sweetly Citron spray smells good; it’s natural; it’s effective (for us, anyway!); and it’s affordable. I think it’s worth trying, especially since Supreme Specialties, the company behind Sweetly Citron, offers a 60-day money back guarantee.

Update: I’m thrilled to say a friend and reader tried Sweetly Citron, and here’s what she told me tonight:¬†

“We were in the garage and I started getting bit so I sprayed all of us. It’s rainy today so the mosquitoes are bad. We all then went for a walk… Nothing! Even my husband who gets eaten alive didn’t get any bites!”

You can find Sweetly Citron for purchase on Amazon. Save 25 percent by using discount code:¬†IEEFJBFV. (Affiliate link below)

Note: I received a free bottle of Sweetly Citron insect repellent spray to review. The opinions expressed above are my own and may differ from yours. Post contains affiliate link.