Warning: Use of undefined constant ĺ128Mĺ - assumed 'ĺ128Mĺ' (this will throw an Error in a future version of PHP) in /homepages/44/d160651214/htdocs/aworkinprogress/wp-config.php on line 91
 Will locking up baby formula really solve anything? - My Life: A Work in Progress

Will locking up baby formula really solve anything?

Disclaimer: If you’re a man, you probably won’t want to read this. TMI! There have been numerous articles in the news lately about Illinois Gov. Pat Quinn and NYC Mayor Michael Bloomberg both encouraging hospitals to promote breastfeeding over infant formula. I applaud anyone, especially a politician, who promotes breastfeeding in the United States. The breastfeeding taboo has gone on too long in the Western world, and I believe our health has suffered for it. However, will these initiatives and laws really change anything? Will it be effective? My fear is that it won’t.

I believe to really be effective at promoting breastfeeding over formula, you need to look at the reasons why a mother uses formula in the first place, and then target those reasons. There has been enough publicity over the last few years that most mothers already know and understand the benefits of breast milk┬áover formula. Then why do women still choose formula?

I understand and thoroughly believe that there are women who cannot breastfeed, whether that is because of a low-milk supply, mastectomy, baby doesn’t like the taste, etc. I understand that there are extenuating circumstances, and I do not mean to point fingers or offend anyone. I know several wonderful moms off the top of my head that were not able to exclusively breastfeed for six months. In fact, I have several containers of formula samples in my cupboard that I’m holding onto in case of emergencies. I’m not going to let my son starve! I also believe it’s a parent’s right to determine what is best for her child and family. I will not judge (at least outwardly) a mother who chooses to exclusively formula feed when she can breastfeed, but I do personally find it difficult to understand. I invite you to share your opinions -kindly!- in the comment section below.

My first type of formula mom is probably not going to be swayed by a hospital briefing or formula as a prescription. She has made her mind up even before labor begins that using formula will best fit her lifestyle. Bloomberg and Quinn’s initiatives need to target formula moms #2 and #3. I was almost one of those moms. After I gave birth, my son struggled to latch properly, and I, the new mom, had no knowledge or experience to help him. Instead of correcting the problem, the nurses sent me home armed with a nipple shield. After a few weeks of nursing, I came very close to quitting. My mother, who breastfed me exclusively until I was a year, even suggested that I switch to formula. She said that my feelings regarding breastfeeding were “unhealthy” and would affect my relationship with my son. She was right. I was in a great deal of pain. Both my nipples were cracked and bleeding, and I actually lost half a nipple. It literally just came off in chunks. At one point I had to pump milk for several days from that breast and bottle feed him, because the pain from nursing was agonizing.┬áI hated nursing so much that I was angry every time I fed my son. I was angry at him. I was angry at the situation. It wasn’t healthy. The only reason why I continued to nurse my son was because I knew breast milk was best for him, and I was determined to give him the best future possible.

Women need to know that although nursing is natural, that doesn’t mean it’s going to come naturally. Some women who had a good experience may say that it does. I beg to differ. There are going to be times that we’ll want to quit. Times that it will hurt. Women need to know that there are resources out there to make it better. Rather than locking up formula, hospitals should equip their staff to teach moms how to get a proper latch. They should provide lactation consultants, or if they already do…more consultants. These consultants should make their presence regularly known and visit moms in recovery. Instead of lecturing women and telling them do this, show them how. Give them the means.

I also want to point out that I have had two different pediatricians on separate occasions encourage me to start my son on solids at four months. This is counter to the American Pediatrics Association’s advice to exclusively breastfeed for six months, yet PEDs are telling moms this.

I almost quit, but I held on, and months later…I’m very, very glad I did!

What do you think? What would make nursing easier for moms? What do you wish the hospitals would do to help? Will it help to lock up formula?

Making friends with my seam ripper 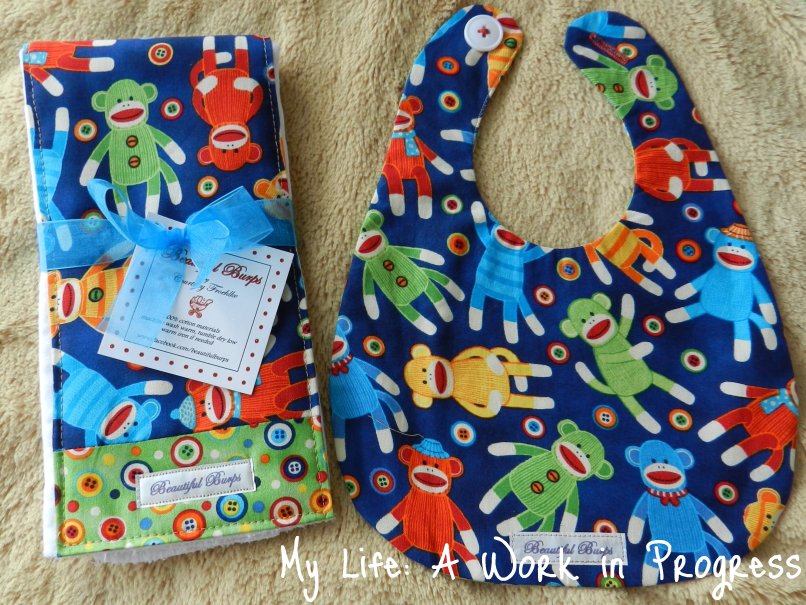