Warning: Use of undefined constant ĺ128Mĺ - assumed 'ĺ128Mĺ' (this will throw an Error in a future version of PHP) in /homepages/44/d160651214/htdocs/aworkinprogress/wp-config.php on line 91
 summer Archives - My Life: A Work in Progress

A Craigslist Hunt: The Sandbox 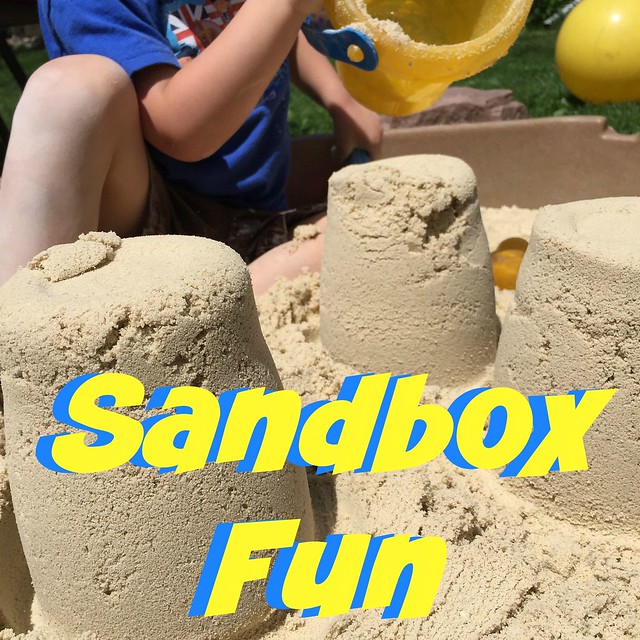 Lately I’ve been all about Craigslist. Now that Little J is getting older, summer is coming, and we finally have a big, fenced-in backyard, I’ve been on the hunt for outside toys. Since Little J is an only child, I really wanted toys that he could happily play with by himself. We used to live about 15 minutes from the beach, and whenever we went, Little J would just sit and play for hours in the sand.┬áSo now that we live at least 45 minutes from the closest beach, a sandbox seemed like the perfect summer toy!

Oh, I should mention that I briefly flip-flopped between getting a sandbox and a sand table, but I ultimately I decided Little J would love to actually sit in the sand while playing.

I considered buying a sandbox brand new, but I wasn’t thrilled with the prices. I get that it’s an investment that you can be used by several children over several years…but I just wasn’t happy paying $50-90 for what is essentially a shallow plastic tub.

I found this sandbox for just under $30 at Kmart, but from the photos it looks a little smaller than what I wanted. I also considered building a wood sandbox, but I’m already planning on building raised planters for my garden and really don’t want to take on another project.

Using a plastic kiddie pool is another option, but a sandbox lid is a must to keep out the ickies and neighborhood animals. The blog Mama To Three Chicks has a great post about making a washable fabric lid for a kiddie pool sandbox. I also read another blogger’s post (and I wish I could remember where exactly I read it, to give the blogger credit!) who used two different sized plastic kiddie pools for a sandbox. The smaller pool was the sandbox and the larger kiddie pool was placed over top as a cover. When not being used as a cover, the larger pool can be filled with water. Then your kiddo can have a sandbox and a pool to play in at the same time.

The only issue I was having with the kiddie pool option is the scarcity of plastic pools! All the pools I’ve seen in stores are inflatable. I’m guessing it’s because it’s cheaper for companies to make inflatable pools. Anyway, I have had a couple of leads on stores that are selling the plastic kiddie pools, but driving around this area and visiting multiple stores to find a $10-15 plastic pool just isn’t how I want to spend my time.

In the meantime, I’ve noticed used plastic sandboxes with lids regularly going for $15-25 on Craigslist. As long as they’re in good condition, it seemed like buying one used was the most sensible option for me.

This time of year, used sandboxes are getting listed on Craigslist almost every single day. I’ve seen prices from free all the way up to $50, depending on the brand, model, and condition of the sandbox. Sounds great, right? Buuuut they go fast. I mean, really fast. I can email someone 30 mins after their posted, and the sandbox is already gone. The only ones that stick around are overpriced.

So I set up an email alert for “sandbox,” and decided on the model I wanted (Step 2 Naturally Playful sandbox), how much I was willing to pay, and how far away I was willing to drive to pick it up. Within two weeks, I had Little J’s “new” sandbox!

I┬áfilled it with five bags of play sand from Home Depot, and Little J played for hours straight. The sandbox is plenty big enough for him to use for several years. Including┬áthe price of the new play sand, Little J’s “new” sandbox cost just under $50. If I’d bought the same one brand new plus the┬ásand, it would have been about $113. I’d call this Craigslist hunt a success!

Fire up that grill! It’s a summer cookout round up. #july4th

We’re officially into summer! I don’t know about you, but after the rough winter we had, I’m enjoying this heat and getting outside every day.

One of my favorite parts about summer is grilling with friends and family. Sometimes it starts as a scheduled party, but quite often the grill makes it easy to have a fun, impromptu get-together!

To make your recipe hunt easier, I’ve gathered up a list of yummy-looking grilling recipes.

And because you can’t stop with just the meat/entree, here are several of my favorite sides and desserts from The Fresh Kitchen. These recipes are sure to be a hit at any summer party!

Summer is almost officially here! Are you getting out and enjoying the warmer weather?