Today I came across a parenting piece on MyDailyMoment.com called “6 Ways to Ruin Your Children.” I’ll be honest, the title immediately rubbed me the wrong way. Can you ruinÂ a child? Ruin implies that something has been destroyed and can’t be fixed. All parents are going to make mistakes, some more than others. But I don’t think that means a person’s ability to be a contributing member of society is automatically nixed because of poor parenting. We can all rise above our circumstances, though difficult it might be. 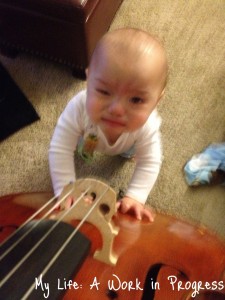 Anyway, according to the editorial (I didn’t see the author’s name listed, btw), there are six ways you can ruin your child:

What I did like about this piece is that the writer listed an explanation or negative example for each number, followed by a positive suggestion. Also, when I was teaching, it was incredibly frustrating when a parent always took their child’s side, believed their child was in the right, and that the teacher was wrong. Sometimes a teacher may be in the wrong, but I don’t think parents always handle it the correct way. I believe they should also be careful how they react and deal with any problems in front of their children.

What do you think? Is it a good list for parents to be mindful of?