Warning: Use of undefined constant ĺ128Mĺ - assumed 'ĺ128Mĺ' (this will throw an Error in a future version of PHP) in /homepages/44/d160651214/htdocs/aworkinprogress/wp-config.php on line 91
 Netflix in the kitchen: FreddyÔÇÖs Sticky Saucy Barbecued Ribs (baked or grilled) - My Life: A Work in Progress

This is a Sponsored post written by me on behalf of Netflix. All opinions are 100% mine.

When I became a wife and mother, I committed to cooking wholesome food for my family. The downside is the amount of time I spend in the kitchen. Not just the cooking…the dishes. Oh my, the dishes! So many pots and pans to wash, all the time, and of course it's my least favorite household chore.
Netflix has come to my rescue. Over the last year, I've started watching movies and my favorite TV shows from Netflix on my iPad in the kitchen. It makes dishwashing, mixing, basting, chopping, etc. a lot easier for me. My mind is on what I'm watching instead of the drudgery at hand.
It's not just my iPad; Hubby and I will stream Netflix on our living room TV, and then fold clothes or tidy up while a favorite movie is playing. Fussy toddler at a restaurant? Netflix can restore my sanity while we're waiting on our food. Yes, this brand really has made my life easier!
This Thanksgiving will be no exception. Hubby is at Navy training, but Baby J and I will be flying to my parents' in Minnesota for the Thanksgiving holidays. I'm looking forward to showing my mom some of my favorite movies and shows that I've come across while we're working hard in the kitchen.
One of my favorite TV shows of all time is "The Killing," and all three seasons are on Netflix. I was devastated when the last season ended abruptly, until I found out that Netflix is picking up the series! The Killing is a crime drama, but it's not your typical cop show. The detectives in this show look "normal," not like they've stepped out of a modeling shoot. And they don't solve one murder in an hour. In fact, the first two seasons are regarding just one case. It's also not a very gory show, and the acting is superb.
I've also gotten hooked on "Lost," "Haven," and "Revenge." I just found out Sharknado is on Netflix, so I'm looking forward to watching that. Netflix has new movies like The Host, Assault on Wall Street, and Dead Man Down, but I really enjoy some of the older, more classic movies like The Hunt for Red October andThe African Queen. Okay, those two aren't quite in the same category, but they're both good, older films!
Over the next few weeks, we'll be making the rounds through all the Christmas movies, but before that, we'll watch Charlie Brown's The Mayflower Voyagers as a family. It's a fun, educational movie that teachers about the first Thanksgiving.
Australian celebrity chef Curtis Stone has created a barbecued ribs recipe for Netflix based off the show "House of Cards."
According to Curtis, Every time I’m watching “House of Cards” on Netflix, I want to taste those ribs that Frank eats from Freddy’s BBQ Joint. Now we all can sink our teeth into those sticky saucy ribs right along with Frank! These ribs are served with a barbecue sauce more like the one you’ll find in North Carolina (where Frank is from originally) – one with plenty of vinegar, mustard, and a touch of heat. I’ve included two cooking methods for you to try – the original true barbecue method where the ribs are slowly smoked in the barbecue, and the quicker oven-baked version – both are finger lickin’ good!
I tried this recipe yesterday, and it is really, really good! The recipe looked a little involved to me at first, so I was intimidated, but it's really not at all. Here's the recipe:
Freddy's Sticky Saucy Barbecued Ribs
Serves: 8
Prep Time: 5 hours (includes marinating time)
Cook Time: 4 1/2 hours (for barbecued ribs) or 2 1/2 hours (for oven-baked ribs)
Make-Ahead: The barbecue sauce can be made up to 2 weeks ahead, cooled, covered, and
refrigerated; reheat before using.
Ingredients-
Spice Rub:
Barbecue Sauce:
Ribs:
Method-
To prepare the spice rub:
1. The day before you cook the ribs, make the spice rub. In a medium bowl, mix the brown sugar, paprika, black pepper, salt, cayenne pepper, and cumin together. Place the ribs on 2 large baking sheets and rub the ribs all over with the spice mixture. Cover and refrigerate for at least 4 hours and up to 24 hours.

These ribs were really easy to make! I baked mine too. Since it's just Baby J and me at home right now, and the most we do for entertaining is hosting a play date, I decided to cut the portions of the original recipe. I used four pork country style ribs. I went ahead and made the full amount of spice rub and barbecue sauce, but I used less than half of each, and stored the rest away for later, so I can make this again!

The barbecue sauce has a very tart flavor. It's a sweet, vinegar reminds me of Carolina-barbecue. What's interesting is I thought the ribs would take on the tart flavor, but they didn't really. When I tasted them, they were sweet and savory. So if you like that Carolina vinegar taste, you may want to add more of the barbecue sauce on top before eating. I was really impressed with this recipe and will be making it again. I've never been a fan of ribs, because I always associated them with that heavy, messy, tomato sauce all over the top. But that is not the case with this recipe. These ribs are tasty!

If you try this recipe, please let me know how you like the ribs. Will you use Netflix in the kitchen this holiday season? Which shows or movies will you be watching? 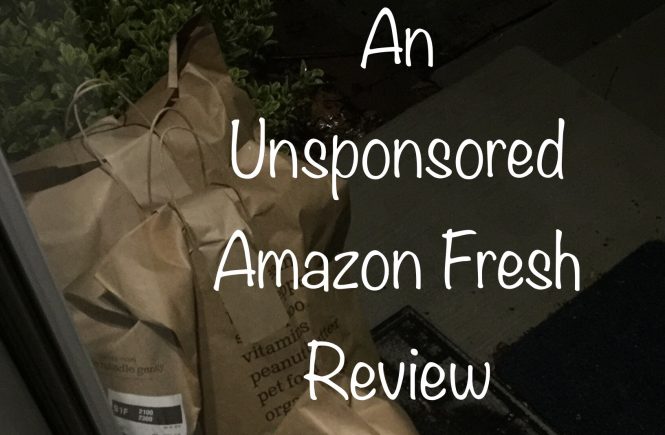 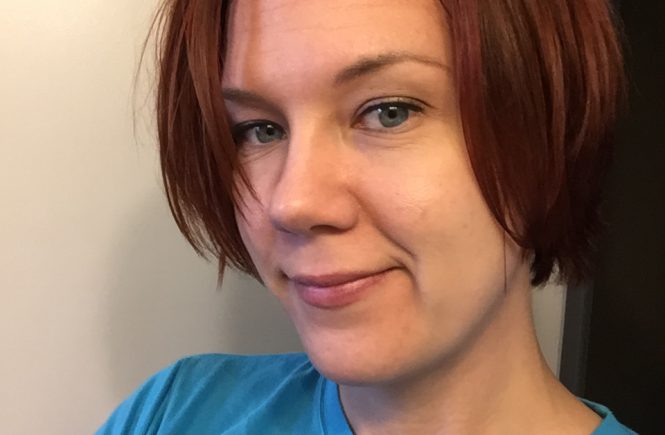 Dyeing my hair red at home